What to Look for in a Good Criminal Defense Lawyer

What You Should Do If You Receive Shoplifting Charges 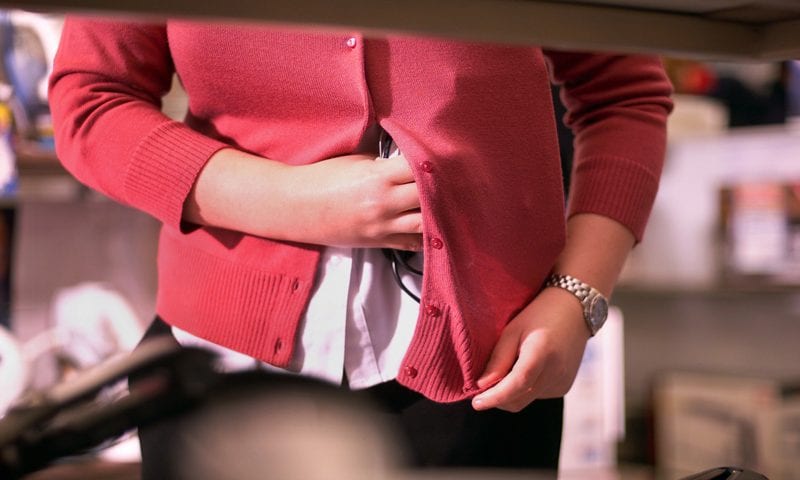 What You Should Do If You Receive Shoplifting Charges

Were you accused of shoplifting?

The retail industry takes shoplifting seriously because it costs stores dearly. It’s estimated that retailers lose over $1,000 in nearly one-quarter of incidents, and it costs them more than employee theft.

Store security guards and loss prevention officers employed by a store are allowed to chase you down and will always contact the police.

Do you know what to do if a store presses charges against you for shoplifting? Here’s what to do – and what to avoid – if a retailer accuses you of shoplifting.

Two-thirds of national retailers surveyed say that their loss prevention team isn’t allowed to hold anyone accused of shoplifting. This is not true in Florida. In this state most retailers store policy requires them to take you to an office or a back room. A store loss prevention officer may come up to you while you’re shopping and ask to talk, but you don’t have to talk to them.

Store security guards have wide reaching legal authority. Many retail stores have a policy of physically detaining a suspected shoplifter and holding the person until the police arrive.

In many cases, store security guards pretend like they want to avoid pressing charges. They might even make it sound like they won’t or don’t have to call the police. Many people report hearing that they won’t be subject to charges if they admit their guilt.

Those statements mean nothing, until charges are filed. Once the police file charges, a signed admission of guilt stands up in court and makes your case harder to fight.

Stores can and do call the police when they catch shoplifters, especially if they sign a confession.

Your best option is to avoid confessing – either verbally or in a written agreement – altogether until the police arrive and then exercise your right to remain silent.

What Happens When the Police Show Up

When security calls the police, don’t panic.  There is a possibility that you won’t be arrested on the spot.  In some cases, the person accused of shoplifting will be issued a Notice to Appear in Court instead of being arrested.  Some of the things the police consider when determining whether to arrest a person include:

Again, there is no need to confess. If you are issued a Notice to Appear or arrested, you will have an opportunity to defend yourself on the appointed court date.

For most information about what happens when you encounter the police in Florida, read our FAQs here.

Whether the store accused you of stealing cheese or a car, a criminal defense attorney is your best chance to get your charges dropped and your criminal record cleared.

Even though the Notice to Appear in court looks like a traffic ticket, the store accused you of breaking the law. Unlike your traffic record, the state doesn’t wipe a criminal record clean after a few years of good behavior.

A shoplifting conviction stays with you forever. That’s why it’s important that you don’t confess to the store or the police and you call a experienced shoplifting lawyer to defend you.

How to Get Shoplifting Charges Dropped

In the state of Florida, the law defines shoplifting as “retail theft.” The law doesn’t limit retail theft to walking out of the store with something you didn’t pay for. It also includes:

Florida also allows civil penalties in addition to criminal penalties. In a criminal case, the accused faces the following penalties or sanction:

Shoplifting under $100 in property

In other words, shoplifting becomes a felony-offense very quickly and something as simple as stealing a shirt or a necklace could come with jail time.

If it’s your first shoplifting charge, then you may be eligible for a Florida pretrial intervention program. The program would prevent you from going to trial and facing a conviction and avoiding the stigma that comes with a conviction.

You may be eligible for the program whether your charge is a misdemeanor or a felony, which is good considering felony charges start at a $300 property value.

The program doesn’t allow you to get away without consequences. You will be asked to accept responsibility and go through a diversion program determined by your county.

When offered, these programs offer the best chance of beating your conviction because they prevent you from going to court in the first place.

What If You Have a Record?

If you already have a criminal record or the state declined to allow you to participate in a pretrial intervention program, then you still have options.

Finding evidence of shoplifting is difficult, and your lawyer can poke holes in the prosector’s evidence if it doesn’t have enough to prove the charge.

Additionally, your lawyer can argue that you didn’t intend to steal. Claiming that it was an accident or thoughtlessness is a common legal defense tactic.

If you have a criminal conviction and you now need to appear in court for a shoplifting charge, talk to a criminal defense lawyer today to learn more about your options.

Before You Do Anything – Call a Lawyer

Florida takes shoplifting seriously. If a store accuses you of stealing more than $300 worth of merchandise, you could face felony charges.

If a store accused you of stealing, remember that you do not have to talk to the security guards. Only the police have the authority to arrest you for a criminal charge. Whatever you do, don’t confess to the charges, especially if you’re a first time offender.

Do you need help beating shoplifting charges? Speak to a criminal defense attorney today to learn about your options.