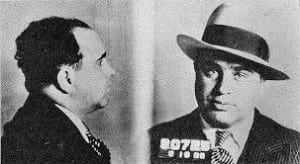 Over the last few years, clients often ask me how to remove their mugshot from the internet.  Most are under the misconception that expunging or sealing a Florida arrest record will automatically remove their picture from appearing on mugshot websites.  Internet mugshot companies have multiplied in number at breakneck speed with each company requiring a fee for removal of a mugshot.

There is some good news.  Two websites, BustedMugshots.com and MugshotsOnline.com, make money by posting millions of mugshots of people who’ve been arrested have agreed to stop charging them to take down their photos as part of a settlement in a federal lawsuit.  The lawsuit came about after numerous complaints from people who said the websites were charging hundreds of dollars to remove the mugshots even if the cases against those arrested had been dropped.  The mugshot sites’ operator uses programs to easily collect information from hundreds of police websites and post them online without verifying whether the charges have been dropped or later dismissed.

Unfortunately, this settlement doesn’t apply to all of the mugshot sites that can be found online.  Similar lawsuits have been filed in Florida, Illinois and Pennsylvania while legislators in Georgia and Utah have passed laws aimed at stopping the sites from charging to remove arrest photos.

But efforts to rein in the sites have been complicated by questions about whether the attempts infringe on first amendment rights and the difficulty of tracking down who owns the sites, some of which claim to originate from outside the country. Some operators say they’re performing a public service by providing information about arrest records that can be found by parents and neighbors without searching through court records.