Attorney N. Fleetwood Tilden Named One of the Top DUI Attorney’s In Florida

How to Find the Best Criminal Defense Attorney in Orlando, FL

How to Beat a Domestic Violence Charge 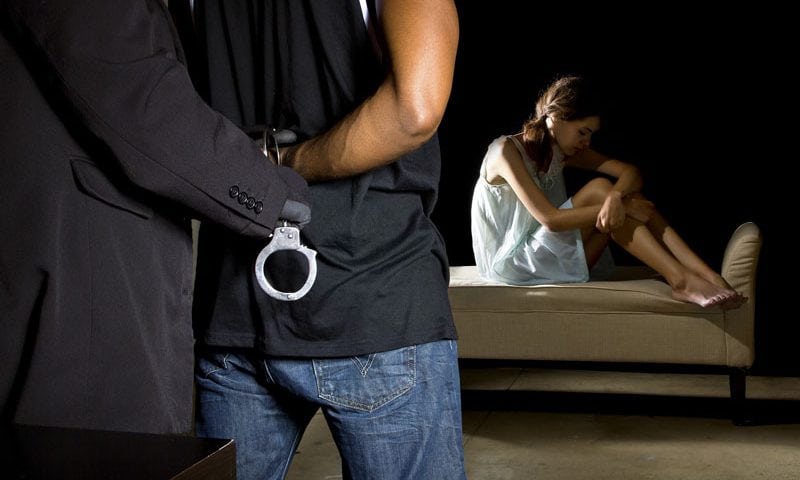 Are you innocent, or feel you were treated unfairly? Are you trying to prove it, through the fullest extent of the law?

Getting arrested for domestic violence charges is scary, and in most times, 100% up to the discretion of the officer. In many states, the person who looks like they’re less hurt – the assumed perpetrator goes to jail.

That doesn’t mean it’s always correct. Learn how to get out of a domestic violence charge in the post below.

The first thing you want to do when you get arrested is get yourself out of jail. Call someone who can post your bail and cooperate with law enforcement.

Step 1: Find Out About a Restraining Order

The arresting officer may have filed a restraining order or encouraged your abuser to do so while you were in jail. Find out that information to make sure you don’t break it.

You need to be on your best behavior from now until the case closes.

Not getting an attorney to help you fight your charges is a rookie mistake – and an often unsuccessful one. You don’t want to have something on your permanent record because you didn’t want to spend money on a lawyer.

We promise the money you spend on legal representation will be well worth not having a blemish on your permanent record or spending time in jail.

There are a lot of things you need from a lawyer, the most important being their competence. If they’re not good at their job, you shouldn’t waste your life and your money paying them! Make sure they have experience with domestic violence charges.

The second thing, which is close in importance, is your rapport. You need to like the lawyer and feel like they believe in you. They have to understand and treat you like a human, not a criminal, for them to be worth your time.

Three, they need to be available. Maybe you had your heart set on a lawyer, but they’re not taking new cases. That doesn’t get you anywhere. The quicker a potential lawyer can meet with you, the better it is for your case!

Finally, they need to have references or testimonials that resemble your case. No one case will ever be 100% the same as another, but some are similar.

Ask them to tell you about a case they’ve won that’s similar to your own. Remember, they can’t give you all the details, but you should get enough to judge their experience.

If you have meetings with the court or your lawyer, the judge or law enforcement, you’d better be there! If you wan to beat the domestic violence charge, you need to show up on time. We have witnessed great success showing up a little early, looking clean and presentable.

We’re not saying every meeting needs a full suit, but jeans and a button up shirt with a tie or a dress are good choices. You want to look professional, since impressions matter.

Whatever you do, do not miss a court date. Missing a court date can hurt your case, or in some cases, put a warrant out for your arrest.

If you’re under investigation, do not delete photos, text messages, phone history, social media statuses unless you get direct feedback from your lawyer.

If the case goes long or far enough, they may pull your phone records. Since you’re suspected of a crime they’re under the rights of the law to do this.

When you delete things, it makes you look suspicious. For example, was it your admittance of guilt you deleted? A threat? The urge may be strong, especially since it’s hard to see your personal information and conversations used in court, but it’s worth the embarrassment.

If you are innocent, what evidence is there to prove it? Do you have texts from someone threatening to send you to jail? Maybe a text to a friend saying that your ex-partner seemed to be acting crazy. Anything that could prove your partner had an agenda for getting you in trouble.

If you have in-person witnesses, that’s even better! Someone who was there with you when the abuse allegedly happened can stand up for you.

If there’s no one to vouch for the time it “happened” you are allowed to call in character witnesses. These are people who state how they know you, how long, and give their opinion on whether or not they think you’re capable of the offense.

It’s not as strong as having a witness, or an alibi, but it’s something.

Step 6: To Testify or Not to Testify

Getting up on the stand yourself is a choice. Can you stay calm, cool, and collected while you’re up there? Your accuser’s lawyer will cross-examine you with carefully worded questions.

If you think you can handle that, tell the truth, and not get overly emotional – tell your lawyer you’re willing to testify. You two will need to prepare together.

When the big, deciding court day arises, you want to get a good night’s sleep and come to the courtroom prepared. You and your attorney will likely have practiced for this – it’s time for the debut.

Stay calm and do not let the judge or jury see you heated. If you feel yourself getting angry, release it in some small way, by taking deep breaths, etc.

You’re trying to prove you’re not guilty of a domestic violence charge, so violent outbursts are frowned upon.

Are you still milling over point two? The one where you need to get a competent and experienced lawyer? Don’t worry any longer. Tilden Law is here to help.